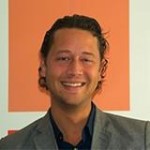 Is there a list of Hotel wonders of the world? Probably not, but if there was, the new TWA Hotel at New York’s JFK International Airport is going for the win to make it onto the list. Initially I was a bit worried that the project — which is build around the historic TWA Terminal at JFK’s airport — might be the newest victim of stratospheric expectations. But from the very first moment that I walked into this historic gem of a building it was clear to me that the attraction was everything we all wanted it to be, and even so much more.

Just like the restored Lockheed Constellation, which is beautiful by the way, sitting on the premises, the TWA Hotel fires on all cylinders. It is really as much a museum as it is a hotel, with countless of exhibits specific about the jet age’s golden years. The hotel staff is having a total blast, with their 60’s-style uniforms to match the building. There is even an infinity pool located on the roof with an amazing view of the ramp and runways. I mean come on, how can you even try to beat all that??

Airport hotels are so common that its added value is little or nothing.. So what makes the TWA Hotel stand out from the crowd? The overall ‘WoW’ factor all begins with the world-renowned architectural aviation landmark. That one is called Eero Saarinen’s TWA terminal, it first opened in the early 1960s and was preserved for years after the airline industry collapsed, it has a soaring graceful design that fits in perfectly at any given airport.

Here is a quick lay of the land so you know what to expect: the TWA hotel is located directly at the airport’s core, next to Jetblue’s Terminal 5. Only the original head house of the old TWA terminal remains, and if you are planning to go by car you can pull right up to it. The new hotel rooms are situated in the two newly constructed towers — named the Hughes Wing and the Saarinen Wing — located on either side of the head house. A walkway connects the hotel and T5, from there it’s only a short walk to the AirTrain which connects you to other terminals.

Via terminals you can easily check in to your room at the terminal’s check-in (duh). There is always staff on hand, but there are also a few self check-in counters if you are really in a hurry.

A Monument To The Jet Age

If you are really a dedicated aviation history enthusiasts, the informative exhibits could keep you quite busy for the better part of an afternoon.

As someone who has not been around during the TWA’s heyday, the incredibly huge collection of unique vintage destination posters was a fascinating reminder of how many cities the airline has connected.

The decor was not the only thing that was repping about TWA’s rich history. The entire hotel staff was always decked out in very cool period costumes. And they all were having a blast with it.

One aviation icon always deserves another. And just outside the Eero Saarinen’s terminal building you will find the beautifully restored Lockheed L-1649A for which the TWA Hotel moved heaven and earth to acquire this beautiful peace.

And get this: the hotel has turned the airplane into an actual cocktail lounge.

What an amazing way to make Connie a living and breathing unique experience instead of just a museum relic.

The diner menu was very well thought out. Objectively the prices were not so cheap, but considering we were actually on the airport property — not to mention we were on a decades-old restored plane — they also seemed to be reasonable.

They even managed to display the old-school TWA aircraft seats, perfect for aviations geek on date night.

And please do not worry, they have kept the cockpit in its original state.

You can not really step inside it, but you are able to poke your head in through the door from the cabin.

A Rooftop Pool With Amazing Runway Views
Somehow, Connie was only the second-best spot in the TWA hotel. The first place goes to the restaurant and infinity pool situated on top of one of the hotel towers.

Breathtaking view of the ramp and runways.

The infinity pool offers a front-and-center view of JFK’s Terminal 4. This terminal serves a variety of international carriers.

While I did not had a chance to try the food myself, I did noticed a host of intriguing dining options from the full-service restaurants to a cafe and Halal Guys counter located on the ground floor.

All the attention to detail on display at the TWA Hotel is very impressive. The smallest touches — for example the restored transit lounge seating and of course the Solari split-flap Arrivals/Departures display — make it feel like you are straight back to the 1970s.

Making Your Plans To Visit The TWA Hotel

Okay we have already established that this is really an amazing place to visit. So when and how should you make your visit to this hotel happen?

The most obvious time to go would be on the first or last day of your trip to New York, especially if you are already flying via JFK. This could also potentially be worth a standalone trip for the real die-hard aviation history geeks, massive TWA fans, or people who live a short/cheap flight or layover from JFK.

As a transit hotel if you are only passing through JFK, the TWA hotel is by far the most convenient one in general terms of proximity to the terminals. Considering price-wise the most basic rooms are rated around $196 per night including all taxes and fees. Not all the rooms are facing the runways. But aware of its audience, the TWA hotel website gives you the opportunity to book a room with a guaranteed runway view, though the roomprice goes up to around $265 for just that. The website also lets you book a short daytime stays for people with layovers. Twelve hours from 8am to 8pm will cost you $162, and a four-hour stay from 7am to 11am is rated at $128.

Top 10 Countries That Attract The Most Tourists

Top 10 Countries That Attract The Most Tourists
February 7, 20204 min read